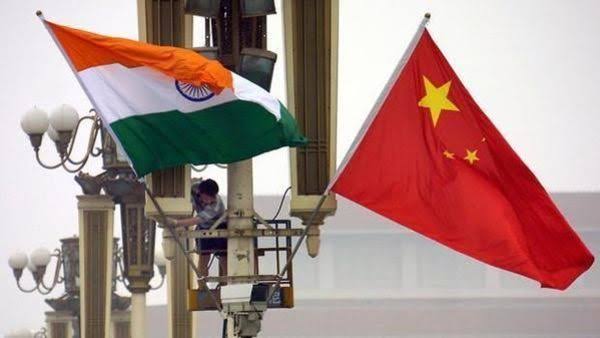 Indian colleges and universities will not be able to collaborate with Chinese institutions without prior approval from the Ministry of Home Affairs and the Ministry of External Affairs, the higher education regulator the University Grants Commission of India has said.

The limitations on academic and research collaboration also apply to existing agreements, which the government has now said can only become operational after endorsement from the home and foreign ministries, and will have to be suspended until they are approved.

In a tightening of policy, and announced just in advance of an ‘informal summit’ between India’s Prime Minister Narendra Modi and China’s President Xi Jinping, being held in Southern India on 11-12 October, Indian institutions that have already entered into such agreements were told they should seek authorisation from the Ministry of Home Affairs and no activities should be undertaken until the ministry grants permission.

The instruction was made in a University Grants Commission letter sent to all universities and colleges on 1 October.

It covers educational exchange programmes, agreements and joint announcements of intent and memoranda of understanding with Chinese institutions, by both private and publicly funded universities in India.

This has caused concern that ongoing exchanges could be disrupted, with universities now seeking clarification from the government, academics said.

The move would particularly hit student and faculty exchange programmes. Many Chinese universities are wooing Indian students to study in China as part of the country’s policy to increase the number of foreign students. But some academics have suggested it is a response to a growing number of Chinese universities trying to collaborate with Indian institutions on research.

Alka Acharya, a former director of the Delhi-based Institute of Chinese Studies and currently a professor at the Jawaharlal Nehru University (JNU) Centre for East Asian Studies (Chinese Studies), said the government’s move could be in response to a burgeoning number of Chinese institutions trying to enter the Indian market.

Acharya said: “JNU and Delhi University each have an alliance with about 25 Chinese institutions, but most of these are inoperative due to a lack of funds from the Indian side. A number of top academic institutions, including the Indian Institutes of Technology, have collaborative associations with their Chinese counterparts.”

She said the government may want to be informed on Indian institutions that are involved in joint affiliations or entering into exchange programmes with Chinese universities following a wave of visits to India by Chinese institutions looking to expand in India.

Academics said the move could also be out of ‘security concerns’, pointing to diplomatic and geopolitical tensions over Kashmir and other issues. Indian and Chinese students studying in both countries could be affected.

One source noted that short conferences and workshops involving the participation of Chinese academics have recently been monitored by the Ministry of External Affairs, and even in some cases by India’s Ministry of Defence.

Requesting anonymity, a senior Ministry of External Affairs official said: “The government could be worried about the likely implications of tie-ups between Chinese and Indian institutes on national security.”

He pointed to a series of developments affecting relations between the two countries in recent months and said there has been a shift in India’s approach to China.

He said: “Relations between the two countries have frayed as Beijing has been quite vociferously criticising New Delhi for stripping Jammu and Kashmir of its special status [in August] and reorganising the state into two union territories,” which would be ruled from Delhi.

Some also fear retaliation from China. According to data released by the Indian embassy in China, over 23,000 Indian students are currently enrolled in Chinese universities. Of these, over 21,000 are enrolled in medical degrees in China.

China’s medical degrees are recognised by the Medical Council of India and the course is conducted in English. China’s Ministry of Education has approved some 45 medical colleges to teach medical degrees in English to foreign students.

“India ranked among the top 10 nations sending the highest number of students to China. But the restrictions imposed by the [Indian] government could affect the growth of Indian student numbers in China. At the same time, India wants to increase the scrutiny of academic collaborative projects concerning China,” said an official of India’s Ministry of Human Resource Development.

Senior geopolitical analyst Malik Ayub Sumbal said: “Academic associations and student exchanges are the most powerful platforms for connecting the two nations. Any move that hampers the collaboration between the universities of the two countries is surely not welcome.

“Strengthening academic collaboration between the two Asian giants is the need of the hour, but what is happening is the opposite of what should have been done.”